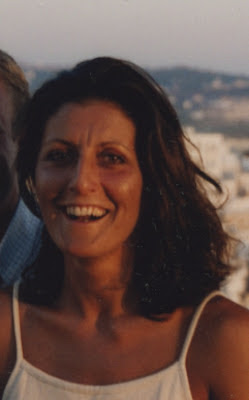 SILVANA RANAUDO c.v. Artistic Director NOD
Solo dancer, assistant choreographer, choreographer, teacher modern.
In 1973 she began studying ballet at the School of Loredana Furno and at twelve, she entered to the training school of the  Teatro Nuovo Company in Turin.
Her spirit of research and passion for studying push her abroad to the United States in New York, where she earned a scholarship for all life, but also in France and Austria.

She studied american ballet with Deborah Weaver, ( American Ballet Theatre dancer), Burman (ABT), Vernon, modern and contemporary jazz, jazz with the best teachers and the best schools in the United States.
In 1985 she moved to Milan where she began her career in television RAI and Mediaset, as soloist with André De la Roche, Steve La Chance, Iaia De Capitani, Gianin Loringett, Gino Landi, Franco Miseria, and with directors such as Dario Fo, Giorgio Albertazzi, Giancarlo Nicotra, Michele Guardì, Enzo Trapani.

To the cinema and to the theater as a solo dancer first, and then as assistant to the choreography on TV sets and stages, alongside to Franco MISERIA and GINO LANDI, and as a choreographer alongside to the director Renzo MARTINELLI, on advertising sets.


At the same time she works as dancer, she gave professional classes at : SPID , MAS, Teatro Carcano, Dimensione Danza, California in Milano, she taught history of the movement in Giorgio Albertazzi and Elisabetta Gardini's school, she followed as assistant  Max Stone contemporary professor  durin his workshop in tour in Italy, and as assistant choreographer  Franco Miseria,italian director.
She reguarly  teaches in Turin c/o NOD space and she periodically collaborates with the dance center "AREA DANCE" in  Milan as modern dance teacher .
Pubblicato da NOD Nuova Officina della Danza a 02:28 1 commento:

SPELLBOUND dance company "How to pray"