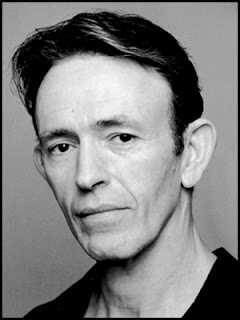 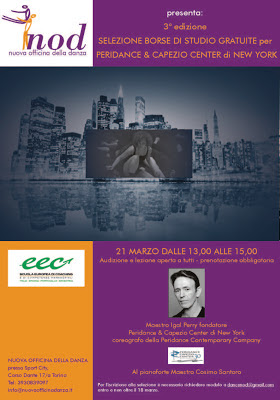 Born in Israel, Igal Perry began his dancing career with Karmon, a folk dance company, and later joined the Bat-Dor Dance Company where he worked with leading teachers and choreographers including Inesse Alexandrov, Benjamin Harkarvy, John Butler, Rudi Van Dantzig, Alvin Ailey, Paul Sanasardo, and Lar Lubovitch. Upon arriving in the United States, Mr. Perry joined Dennis Wayne’s Dancers as a ballet master and choreographer. During that period, he staged John Butler’s work for the New York City Opera, the Opera of Munich, Caracas Ballet, and Teatro Alla Scala in Milan, where he also directed the world premiere of Krzysztof Penderecki’s opera Paradise Lost.
Mr. Perry’s first full evening of ballets, Chromatic Motions, was presented in 1979, in collaboration with the Manhattan School of Music, presenting works to original music by Rand Steiger, Randy Packer, Edward Billous, and more. In 1981 and 1982, he headed the ballet department at Jacob’s Pillow, and went on to co-direct the Clive Thompson Dance Company. In 1983, Mr. Perry celebrated the opening of his dance school Peridance Center, now Peridance Capezio Center, which has since been providing a nurturing and professional environment for all dancers. A year after the opening of his school, he founded his dance company the Peridance Ensemble, now Peridance Contemporary Dance Company, for which he has choreographed over 50 works. Brooklyn Academy of Music (BAM), The Joyce Theater, and City Center are amongst the many theaters in which the Company has performed through the years. Mr. Perry has collaborated with numerous composers including John Mackey, Quentine Chappetta, Phillip Hamilton, and Avner Dorman, with whom he has created the full length work Dreams and Demons (2003).
Mr. Perry’s international engagements as a teacher and choreographer include The Scapino Ballet and Het National Ballet (Holland), Laterna Magica and the National Ballet (Prague), Architanz (Tokyo), The Royal Ballet of Sweden, The National Ballet of China, and the Kwang-Ju City Ballet Company (Korea), where he also serves as Artistic Director for the Kwang- Ju International Ballet Competition. Mr. Perry’s works are in the repertories of companies throughout the world, including the Batsheva and Bat-Dor Dance Companies (Israel), Companhia de Danca de Lisboa (Portugal), the Alberta Ballet (Canada), Complexions (USA) and Alvin Ailey II (USA). Since 1995, Mr. Perry has been serving as guest master teacher at Juilliard, where he also staged his Intimate Voices, and premiered Mourning Song, created for the Juilliard Dance Ensemble. Mr. Perry’s work has been repeatedly presented at the prestigious Florence Dance Festival (Italy) by his Company as well as by Florence Dance Company. In May 2007, Mr. Perry was inducted into the Dance Library of Israel Hall of Fame. 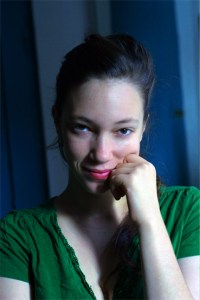 8-9-10 february 2013
Registrations from now..
20% discount for all participants of last Gaga workshop in November
RESERVATION REQUIRED WITHIN January 30


DORON RAZ  will teach Gaga and Naharin repertory
These classes are open to dancers age 17 and up.

GAGA schedule FROM 8 TO 10 FEBRUARY

If you are thinking to an original Christmas gift think to a....
GIFT NOD (payment is due WITHIN DECEMBER 31st)

FEES after december 31 within January 30:

It's forbidden to take photographs with camera, take pictures and use the phone in the Nuova Officina della danza a.s.d. during the lesson.

It's necessary to send a short professional c.v specifying if you have already participated in other gaga workshops to info@nuovaofficinadanza.it

If you need to cancel your registration:

Tuition will  be paid through bank and will be due by JANUARY 30:

For any information about accomodations in Torino, dancers may contact:

- GLI SCONTI NON SONO CUMULABILI
Doron Raz Avraham
was born in Israel in 1984. She started dancing at the age of three and trained for eight years at the School for Contemporary Dance – Haya Zur. In 2000, at the age of sixteen, Doron was accepted to the Batsheva Ensemble. During the next five years, she danced for Ohad Naharin and Sharon Eyal. In 2005, she was appointed the Rehearsal Manager of the company and continued to dance with the group.
Since 2006, Doron has danced in the companies of other choreographers including Emanuel Gat, Anat Danieli, and Dana Ruttenberg. In 2009, she danced in Clipa Theater’s production of the Short Stories of Kafka.
Besides performing, Doron has created her own works which have been showcased in festivals throughout Israel and Japan. Her duet The Lemon of Pink (2005) was presented at the Intimadance Festival at Tmuna Theater, and her trio Hen (2007) was featured in the Shades of Dance Festival at the Suzanne Dellal Centre. Women of the World (2008), a duet, was presented at Hazira Habein-tchumit in Jerusalem.
While maintaining an active schedule as a performer and creator, Doron has been teaching Gaga since 2005. She teaches Gaga/people and Gaga/dancers at locations throughout Israel including Tel Aviv, Jerusalem, Nir Eliyahu, Karkur, and the Zeadim (Steps) school in Kfar Saba. She has taught Gaga to underprivileged students in Schunat Ha’tikva’s Beit Dani and to Ethiopian youth in Yokne’am, and she has led classes at an Arab-Jewish community center in Jaffa. Since 2007, Doron has taught an annual Gaga course in the Japanese cities of Tokyo, Yokahama, Kyoto, Osaka, and Kobe. She has also led Gaga workshops at the Zurich University of the Arts in Switzerland (2009) and at Khadans in Antwerp, Belgium (2010). Doron manages Gaga abroad.

If you need to cancel your registration:

For any information about accomodations in Torino, dancers may contact:

OHAD NAHARIN has been hailed as one of the world’s preeminent contemporary choreographers. As Artistic Director of Batsheva Dance Company since 1990, he has guided the company with an adventurous artistic vision and reinvigorated its repertory with his captivating choreography. Naharin is also the originator of an innovative movement language, Gaga, which has enriched his extraordinary movement invention, revolutionized the company’s training, and emerged as a growing force in the larger field of movement practices for both dancers and non-dancers

Born in 1952 on Kibbutz Mizra, Ohad Naharin began his dance training with the Batsheva Dance Company in 1974. During his first year with the company, visiting choreographer Martha Graham singled out Naharin for his talent and invited him to join her own company in New York. While in New York, Naharin studied on scholarship at the School of American Ballet, furthered his training at The Juilliard School, and polished his technique with master teachers Maggie Black and David Howard. He went on to perform internationally with Israel’s Bat-Dor Dance Company and Maurice Béjart’s Ballet du XXe Siècle in Brussels.
Naharin returned to New York in 1980, making his choreographic debut at the Kazuko Hirabayshi studio. That year, he formed the Ohad Naharin Dance Company with his wife, Mari Kajiwara, who died of cancer in 2001. From 1980 until 1990, Naharin’s company performed in New York and abroad to great critical acclaim. As his choreographic voice developed, he received commissions from world-renowned companies including Batsheva, Kibbutz Contemporary Dance Company, and Nederlands Dans Theater.
Naharin was appointed Artistic Director of Batsheva Dance Company in 1990 and has served in this role except for the 2003-2004 season, when he held the title of House Choreographer. During his tenure with the company, Naharin has choreographed over 20 works for Batsheva and its junior division, Batsheva Ensemble. He has also restaged over 10 of his dances for the company and recombined excerpts from his repertory to create Deca Dance, a constantly evolving evening-length work.
Naharin trained in music throughout his youth, and he has often used his musical prowess to amplify his choreographic impact. He has collaborated with several notable musical artists to create scores for his dances, including Israeli rock group The Tractor’s Revenge (for Kyr, 1990), Avi Belleli and Dan Makov (for Anaphaza, 1993), and Ivri Lider (for Z/na, 1995). Under the pseudonym Maxim Waratt, Naharin composed music for MAX (2007) and edited and mixed the soundtracks for Mamootot (2003) and HoraPlayback (2004), a solo evening which he directed and performed. (2009). Naharin also combined his talents for music and dance in
In addition to his work for the stage, Naharin has pioneered Gaga, an innovative movement language. Gaga, which emphasizes the exploration of sensation and availability for movement, is now the primary training method for Batsheva’s dancers. Gaga has also attracted a wide following among dancers around the world and appealed to the general public in Israel, where open classes are offered regularly in Tel Aviv and other locations.
Naharin’s compelling choreographic craft and inventive, supremely textured movement vocabulary have made him a favorite guest artist in dance companies around the world. His works have been performed by prominent companies including Nederlands Dans Theater, Ballet Frankfurt, Lyon Opera Ballet, Compañía Nacional de Danza (Spain), Cullberg Ballet (Sweden), the Finnish National Ballet, the Paris Opera Ballet, Balé da Cidade de São Paulo, Cedar Lake Contemporary Ballet (New York), Hubbard Street Dance Chicago, and Les Grand Ballets Canadiens de Montréal. Naharin’s rehearsal process with Cedar Lake Contemporary Ballet during a restaging of Deca Dance was the subject of Tomer Heymann’s documentary Out of Focus (2007).
Naharin’s rich contributions to the field of dance have garnered him many awards and honors. In Israel, he has received a Doctor of Philosophy honoris causa by the Weizmann Institute of Science (2004), the prestigious Israel Prize for dance (2005), a Jewish Culture Achievement Award by The Foundation for Jewish Culture (2008), a Doctor of Philosophy honoris causa by the Hebrew University (2008), and the EMET Prize in the category of Arts and Culture (2009). Naharin has also been the recipient of the Chevalier de l’Ordre des Arts et des Lettres from the French government (1998), two New York Dance and Performance (Bessie) Awards (for Naharin’s Virus at the Brooklyn Academy of Music in 2002 and for Anaphaza at the Lincoln Center Festival in 2003), the Samuel H. Scripps American Dance Festival Award for Lifetime Achievement (2009), and a Dance Magazine Award (2009).


Gaga, the movement language developed by Ohad Naharin Gaga is a new way of gaining knowledge and self-awareness through your body. Gaga provides a framework for discovering and strengthening your body and adding flexibility, stamina, and agility while lightening the senses and imagination. Gaga raises awareness of physical weaknesses, awakens numb areas, exposes physical fixations, and offers ways for their elimination. The work improves instinctive movement and connects conscious and unconscious movement, and it allows for an experience of freedom and pleasure in a simple way, in a pleasant space, in comfortable clothes, accompanied by music, each person with himself and others.
“We become more aware of our form. We connect to the sense of the endlessness of possibilities. We explore multi-dimensional movement; we enjoy the burning sensation in our muscles, we are ready to snap, we are aware of our explosive power and sometimes we use it. We change our movement habits by finding new ones. We go beyond our familiar limits. We can be calm and alert at once.” – Ohad Naharin
“La tecnica Gaga non impone di cambiare le nostre abitudini di movimento, ma ce ne fa scoprire di nuove. Impariamo ad ascoltare, guardare, confrontarci e giocare con il nostro corpo. Scopriamo la  passione per il movimento e lo sforzo fisico richiesto per eseguirlo, la nostra parte animalesca e il potere della nostra immaginazione. Impariamo a dosare in modo corretto le forze, a “usare” quelle degli altri e a proteggere muscoli e articolazioni dai traumi. Impariamo a sentire l’energia che scorre nel nostro corpo,  in ogni direzione”.